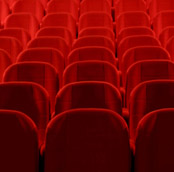 The IFI announced today that Michael Hayden will join the team as Head of Programming.

A new appointment to the Irish Film Institute management was announced this morning as Michael Hayden is set to join the team as Head of Programming. He will be responsible for the delivery of the IFI’s exhibition programme throughout its three main cinemas, and will oversee the ongoing development of the IFI’s programming policy to tie in with the Institute’s strategic aims and priorities.

Michael Hayden comes to the IFI after more than 10 years as Programmer of the BFI London Film Festival. Prior to this, Michael worked as a freelance film critic with publications such as Empire and Sight and Sound; and has held the role as Cinema Manager in various cinemas throughout the UK including the Cornerhouse in Manchester and Curzon Mayfair in London.

Ross Keane, IFI Director, said “I am very pleased to be welcoming someone of Michael’s calibre to the IFI. His creative vision and enthusiasm will be a huge asset to the organisation, and I’m already looking forward to working with him on the exciting new programming strands and initiatives that he has outlined.”

Michael Hayden said “I am delighted to take on this wonderful role at such an exciting time in the organisation’s history. I intend to present a varied and engaging programme that recognises the best in international cinema, both contemporary and historical. I am committed to IFI’s objectives around its three core activities of exhibition, preservation and education, and to putting cinema at the heart of Ireland’s cultural life at a venue as vital and vibrant as the IFI.”

For more information, interview requests, or for headshots please contact Patrick Stewart at the IFI Press Office, 01 679 5744 or pstewart@irishfilm.ie.