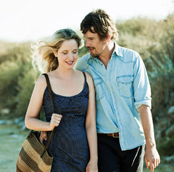 People have been waiting nine years for the latest instalment in Richard Linklater’s exploration of love and life through the relationship between Jesse (Ethan Hawke) and Céline (Julie Delpy) so it’s a relief to know that, for the critics at least, it hasn’t disappointed. Before Midnight has been pulling in rave reviews all over the place and looks set to be the proper grown-up hit of this summer! Check out some of the five-star reviews below or go to the IFI’s  Before Midnight film page to book your tickets.

‘They’re excellent in this charming, wise, greulling and very funny film that tells the truth about human relationships – for once’  ★★★★★

‘the complete cycle comes as close to perfection as any trilogy in cinema history.’ ★★★★★

‘As an organic experiment in collaboration between actors and director, it is a triumph’ ★★★★★