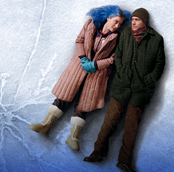 Eye to Eye: Visionary Partnerships in Cinematography and Direction

Eye to Eye: The IFI presents a season celebrating visionary partnerships in Cinematography and Direction.

IFI’s Eye to Eye Season, running from July 2nd– 30th 2013 focuses on the collaborative nature of the cinematographer’s role by throwing a spotlight on some of the most artistic ground breaking partnerships between directors and cinematographers, ranging from Orson Welles and Gregg Toland (Citizen Kane) to Ingmar Bergman and Sven Nykvist (Cries and Whispers), from Stanley Kubrick and John Alcott (Barry Lyndon) to Michel Gondry and Ellen Kuras (Eternal Sunshine of the Spotless Mind).

Each of the films in this season represents a landmark both in terms of the partnerships in question as well as on cinematic terms. Seeing these staggering visual achievements on the big screen for this season means that this July at the IFI is truly a feast for the eyes.

The Eye to Eye Season, which offers diversity in terms of style, form, and technique, nevertheless highlights some key features which recur across all nine of the partnerships; a sense of innovation and an eagerness to experiment with new forms of technology; a desire to cater to as much as challenge each other’s tastes and a willingness to improvise on set or to adapt to difficult or unyielding environments.

Accompanying the season there’s also a chance to see Visions of Light, a classic 1992 documentary that explores the art of cinematography.

For full details of all the screenings see

For more media information on the Eye to Eye Season, to interview one of the programmers, or to requests high-res images please contact Patrick Stewart at the IFI Press Office on 01 679 5744 or email pstewart@irishfilm.ie