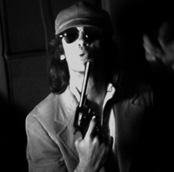 The dates for the 10th edition of IFI Stranger Than Fiction, Dublin’s documentary film festival have just been confirmed as September 26th- 29th 2013. The festival is looking for original and exciting documentary films from Irish and International filmmakers to include in the festival. So if your film fits the bill, now is the time to prepare your entries as submissions are open for Irish and international short documentaries and Irish feature length documentaries with a deadline of 6pm, June 14th.

Festival Director Ross Whitaker said “For the first time, this year’s short documentary section will be programmed in association with Eat My Shorts, the team that specialises in curating and running high quality shorts programmes all over Ireland. They consistently programme superb slots that combine fine filmmaking with fun and we want to bring this energetic combination to the festival.”

This year IFI Stranger Than Fiction plans once again to premiere some of the best documentaries from Ireland and around the world, following on from 2012’s successful festival which included Dublin premieres of The Imposter, 5 Broken Cameras, The Interrupters, One Mile Away and Detropia.

Since 2001, IFI Stranger than Fiction has premiered Irish documentaries including Pyjama Girls, The Liberties, and Bloody Sunday – A Derry Diary. International hits such as The Imposter, The Yes Men Fix The World, Sleep Furiously, Forgetting Dad, and Jesus Camp and Oscar-winning documentaries such as Born Into Brothels have all had their Irish premiere at IFI Stranger than Fiction and the festival has attracted many guests filmmakers from around the world to present and discuss their work.

Details of the 2013 programme will be announced and go on sale in early August 2013. For the latest details checkwww.ifi.ie/stf.

Include in your package an A4 sheet with the film title, running time, credits (producer, director), a synopsis of the film of less than 300 words. Please also email these details to strangethanfiction@irishfilm.ie along with three high-resolution images from the film.

Alternatively, short documentaries only can be entered by sending a link to strangerthanfiction@irishfilm.ie along with the details mentioned above.

For more media information please contact Patrick Stewart at the IFI Press Office on 01 679 5744 or emailpstewart@irishfilm.ie.