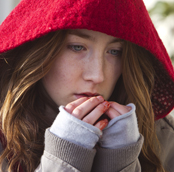 IFI and Irish Film Board announce Spotlight: New Irish Film at the IFI

Spotlight: New Irish Film at the IFI is a brand new annual event at the IFI celebrating Ireland’s film industry and taking an in-depth look at what’s happening in Irish cinema. This inaugural showcase is presented in partnership with the Irish Film Board/Bord Scannán na hÉireann to mark the occasion of their 20th anniversary. Newly released titles are running throughout the month and the Spotlight will culminate with a series of exciting events, discussions and gala screenings over the final weekend 26th-28thApril including the gala Irish Premiere of Neil Jordan’s new film Byzantium; gala screenings of Milo and Jump; and new Irish releases King of the Travellers, Good Vibrations and Pilgrim Hill.

Full details and online booking can be found through the Spotlight page.