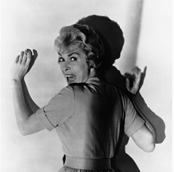 The Genius of Hitchcock: Part 4

The IFI’s The Genius of Hitchcock retrospective reaches its climax in March with seventeen films including Psycho, Rear Window, Dial M for Murder, The Birdsand special screenings of Vertigo on 70mm.

The IFI’s largest ever season concludes in March with the final 17 of the 52 surviving films of one of cinema’s most popular and critically acclaimed artists, Alfred Hitchcock. This four-month long season has saved many of the most popular films till last with most of the key films from the zenith of his career from the mid-1950s to mid -1960s still to come. It’s an unrivalled opportunity to see some of the greatest films in history back on the big screen. The IFI also welcomes Professor Charles Barr, one of the world’s leading authorities on Hitchcock, to give a free illustrated lecture on March 23rd.

The big five in March start with stunning thriller Dial M for Murder. Undertaken to ‘recharge his batteries’ in preparation for something more ambitious, the film turned out to be a brilliantly crafted film of concealment, betrayal and murder. Worth watching just to see a radiant Grace Kelly in her first Hitchcock role.

1954’s Rear Window is at once an exciting detective thriller, a study of sexual tensions and an artful exercise in meta-cinema. James Stewart’s wheelchair- bound gaze stands in for both the voyeuristic gaze of Hitchcock’s camera and the audience’s equally complicit gaze from their seats.

Stewart returns in 1957’s Vertigo, which will be screened at the IFI in glorious 70mm. Voted best film in history by nearly a thousand critics across the globe (famously toppling Citizen Kane from that proud perch) for the BFI’s Sight and Sound Poll, Vertigo embodies all the pleasures of Classical Hollywood while, with the help of an elaborate twist, also laying bare their dangerous dark sides. Shown in its full 70mm glory, it’s an unmissable cinema experience.

Few films, if any, could rival Psycho for the sensational impact it made on its audience when it was released in 1960; the great Hitchcock critic Robin Wood remembered ‘I came out of the theatre in a complete daze and could barely speak’. It’s Hitchcock at the height of his powers, building suspense to breathless crescendos and using sound, music, editing and camera with a force and violence never before seen in the cinema.

Few films tap in so effectively to our fears and phobias as the nightmare-fantasy attacks of The Birds. Loosely based on a Daphne du Maurier short story and featuring Hitchcock’s new discovery Tippi Hedren, this is a riot of terrifying pre-CGI effects and plot that mixes a screwball comedy framework with strong Oedipal dimensions; it shouldn’t work, but it does. Hitchcock captured European trends by leaving the ending challengingly open. In addition, there are two further Daphne du Maurier adaptations; Rebecca (Hitchcock’s first big success after moving to the U.S) and Jamaica Inn (featuring a young Maureen O’Hara in 1939).

Other highlights of March’s selection include Rope, Suspicion, Spellbound, Marnie and five of the nine Hitchcock silent films; his debut The Pleasure Garden, The Ring, Easy Virtue, The Manxman and The Farmer’s Wife. Those interested in Hitchcock’s Irish connection have a must-see in Under Capricorn. Though set in Australia and a planned prologue to be filmed in Ireland never materialised, the characters are largely Irish exiles caught in domestic love triangles and shaped by Anglo-Irish class conflicts. It’s also widely admired by French critics, who consider it one of Hitchcock’s best.

For the more details of all seventeen films in Part Four of The Genius of Hitchcock see the IFI Programme or visit the website www.ifi.ie

Tickets for all the films in The Genius of Hitchcock: Part Four are available NOW at the IFI Box Office on 01 679 3477 or online at www.ifi.ie. All tickets are normal IFI prices except 70mm screenings of Vertigo priced at €12 for non-members and €10 for members.

The 3D version of Dial M for Murder will be screened later in the year.