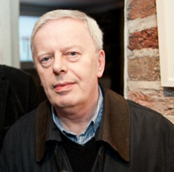 The Irish Film Institute presents ‘It’s All Culture’ a season of films dedicated to the late IFI programmer, Pete Walsh running throughout March and a fundraising screening of The Searchers in aid of Our Lady’s Hospice in Harold’s Cross on 4th March.

This March the IFI is screening an eclectic selection of some of Pete Walsh’s favourite films. Already a hugely respected figure for his work in England, Pete arrived at the IFI in 1994 and devoted the next 18 years expressing his love and passion for film and cinema through the ground-breaking IFI programme. His work gave Dublin cinemagoers often their only opportunity to see the best of world cinema, informed and enlightened by his encyclopaedic knowledge of film. This season is just a snapshot of his wide-ranging and inclusive tastes, summed up by his oft-used phrase ‘It’s all culture’.

IFI Director Ross Keane said “Having shaped the IFI’s programme for 18 years, Pete’s love for film was unquestionable. This March we pay tribute to him through a season of films that he championed and simply adored. Such a list could have been endless so we’ve selected a small handful of some of his favourites. On March 4th at 6.30pm we will also have a special fundraising screening of The Searchers. All of the proceeds from this event will go to Our Lady’s Hospice & Care Services in Harold’s Cross where Pete was so wonderfully cared for. We hope people will come along in large numbers to support this important event.”

The season features lost gems that Pete triumphed such as The Honeymoon Killers, Leonard Kastle’s only film (he took the director’s helm after a young Scorcese was fired), and Make Way For Tomorrow , Leo McCarey’s all-but-forgotten film of 1937 that was a major inspiration for Ozu’s Tokyo Story. James Toback’s extraordinary debut Fingers features in the season; Pete preferred it to Jacques Audiard’s retelling in The Beat that My Heart Skipped and, even though Toback hasn’t always lived up to its promise, Pete thought Fingers was something really special.

There’s a chance to see Ivan Passer’s Cutter’s Way that Pete described as a ‘complex and compelling modern film noir’ and ‘perhaps the most shamefully neglected masterpiece of 1980s’ American cinema’. Béla Tarr’s austere and brilliant Nietzschian slow-cinema triumph The Turin Horse from 2012 features in the season but, remember, ‘it’s all culture’ so there’s also lighter fare in the form of hilarious biopic parody Walk Hard: The Dewey Cox Story,featuring John C. Reilly in terrific form as the aspiring musician Cox.

‘It’s All Culture’ couldn’t hope to adequately express the rich catalogue of films that Pete loved and championed throughout his career but it’s a terrific selection of rarely screened films so, as he would advise about films he was particularly fond of ‘do yourself a favour’.

Tickets are available NOW from the IFI Box Office on 01 679 3477 or online at www.ifi.ie. Tickets for the ‘It’s All Culture’ season are regular IFI prices but tickets special fundraising screening of The Searchers costs €20 (all proceeds from this screening will go to Our Lady’s Hospice and Care Services, Harold Cross).

For more information, images or interview requests with IFI staff please contact Patrick Stewart at the IFI on 01 679 5744 or email pstewart@irishfilm.ie.