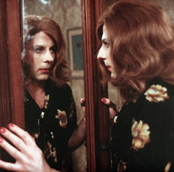 The IFI’s Focus on Roman Polanski accompanies the re-release of two dark masterpieces, Chinatown and Repulsion

This January the IFI looks at the work of Roman Polanski, one of cinema’s most controversial and influential directors. His diverse and restless talent has produced films spanning many genres and have gained a wide international following from both mainstream and arthouse audiences, making him a difficult artist to put in any one class. However, he once described this fundamental principle underpinning his work, “Emotion is the main thing in all art. Art has to move, and if it doesn’t, it doesn’t leave a lasting impression.” His perception of the importance of making an impact goes a long way towards understanding his success.

The re-release of Chinatown, follows private investigator J.J. Gittes (Jack Nicholson giving an iconic performance) into the civic corruption and criminality of 1930s LA, nourished by the mismanagement of the city’s water resources. Faye Dunaway as the murdered city engineer’s widow is an elusive and enigmatic central character in a film that is deservedly hailed as one of Polanski’s and, indeed, cinema’s finest masterpieces.

Also re-released, Repulsion starts off a full set of screenings of the much-admired so-called ‘Apartment Trilogy’. An alluring 22-year-old Catherine Deneuve confines herself to a London apartment, a claustrophobic space that soon starts to decay mirroring her own psychological decline. The trilogy continues with The Tenant, a cult classic featuring a central but uncredited acting performance from Polanski, and concludes with Rosemary’s Baby, a chilling occult horror featuring a fantastic turn from Ruth Gordon as the humorous yet deeply sinister elderly neighbour of a young expectant mother grappling with satanic forces.

Cul-de-sac, a riotous but deadly comedy from 1966 features a notable film performance from Irish actor Jack MacGowran, known for his work with Samuel Beckett. Tess is a sophisticated and sensitive story adaptation of Thomas Hardy’s 1891 novel and marks quite a change from the violence and threat that characterises much of Polanski’s work.

Knife in the Water showcases Polanski’s early success in Poland. His debut feature from 1962 was made in collaboration with co-writer Jerzy Skolimowski (another Polish filmmaker prodigy) and composer Krzysztof Komeda, was nominated for an Academy Award. Bringing the story back to Poland, the Focus finishes withThe Pianist, the 2002 film that saw Polanski finally and harrowingly tackle the Holocaust, which he himself as a Polish-Jewish child on the run in Nazi-Occupied Poland, survived by the narrowest of margins.

Chinatown is re-released at the IFI from Jan 4th– 17th

Repulsion is re-released at the IFI from Jan 11th -17th

For more information about the Focus on Roman Polanski including requests for high-res images please contact Patrick Stewart at the IFI Press Office on pstewart@irishfilm.ie or 01 679 5744