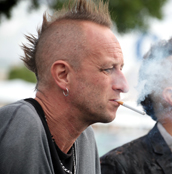 Juliette Binoche is set to be one of the star attractions at the IFI French Film Festival 2012 running from 14th-25th November, which also includes the Irish premiere of Michael Haneke’s Cannes Palme d’Or- winning Love (Amour); winner of the 2012 Jean Prix Vigo, Atomic Age.

There is a special buzz of excitement in the air around this year’s IFI French Film Festival with the announcement that multi-award winning Juliette Binoche, one of the most acclaimed and celebrated actresses of her generation, will be at the Festival to present her new film Another Woman’s Life on Saturday 24th November at 18.10. Binoche gives a world-class performance in this bittersweet time-travel comedy-drama by award-winning actress-turned director Sylvie Testud. In addition to this, Binoche also features in Michael Haneke’s Hidden which is also being shown as part of the Festival. The star of countless film classics including Three Colours: Blue, Hidden and Certified Copy; her performances have won Best Actress Awards at Venice, Cannes, Berlin and she received the Best Supporting Actress Oscar for her performance in The English Patient.

Alongside the touch of glamour that Binoche will undoubtedly bring to the Festival there’s a rich and impressive line-up of the best new French cinema including 20 Irish premieres; a wealth of visiting special guests includingBenoit Jacquot, Reba Kateb,   and Alice de Lencquesaing, our annual celebration new talent in our First-Time Director’s strand and a continuing celebration of 50 years of the iconic production company Les Films de Losange.

IFI Director Ross Keane said ‘We are thrilled with the calibre of guests we’ve attracted to this year’s IFI French Film Festival. It’s a testament to the reputation of the Festival that stars like Juliette Binoche and Béatrice Dalle will be in attendance.’

Announcing the programme, Festival Director Marie-Pierre Richard said ‘The many facets of love are something of a theme emerging from this year’s programme. We’re particularly delighted to open the Festival with a sneak preview of the extraordinary Love (Amour) by Michael Haneke, which we saw at Cannes before it picked up the prestigious Palme d’Or and which is set to be one of the biggest international releases of the next twelve months. This poignant film about the painful dilemma that confronts an elderly Parisian couple, as one of them gradually succumbs to illness, is brilliantly directed and beautifully portrayed by two titan actors of the Nouvelle Vague. This is a film that will always stay with you.’

Also attending the Festival will be Benoit Jacquot, a revered and prolific filmmaker noted for his fascination with his characters’ psychology. He’ll be presenting and discussing his new film Farewell, My Queen; a lavish look at the final days of the reign of Marie Antoinette which opened this year’s Berlin Film Festival.

Two more films from Cannes that tie into the theme of love and sexuality are Laurence Anyways, Xavier Dolan’s vivid melodrama of an impossible love story; and the engaging documentary The Invisibles which focuses on the stories of eleven gay men and women of an older generation from across France, giving a fascinating portrait of the development of French social attitudes.

Following on from her international hit Leaving, Catherine Corsini returns with Three Worlds, a taught, suspenseful film on the aftermath of a hit-and run that features a fantastic cast. Actor Reda Kateb (who also appeared in the recent hit A Prophet) will be in attendance at the 19th November screening. Also notable for its great ensemble cast is Love Crime (featuring Kristin Scott Thomas and Ludivine Sagnier), Alain Corneau’s final film which perfectly captures the bleak and highly competitive corporate world.

French cuisine is celebrated in Step up to the Plate, an impressive documentary on a three-Michelin starred restaurant in the south of France while French wine culture is dramatically explored in You will be my Son when a bitter dispute breaks out over the inheritance of a famous vineyard. The IFI Café Bar will also be creating a special French menu for the Festival.

This year’s First-Time Director’s programme once again showcases the wealth of new talent rising through French Cinema. Héléna Klotz will attend to present Atomic Age which won this year’s prestigious and envelope-pushing Prix Jean Vigo. Also remarkable are Alice Wincour’s Augustine, an engaging study of 19th century sexual politics based on a true story and set at the Salpêtirère Psychiatric Hospital, and Elie Wajeman’s Aliyah, a slow-burning portrait of low-level Jewish drug dealer.

Several comedies are on show including the lively What’s in a Name?;Noémie Lvovsky’s Camille Rewinds; the Podalydès brothers’ Granny’s Funeral; The Big Night from theDelépine-Kervern duo, whose Mammuth was one of the Festival favourites in 2010. Those looking for an IFI Family outing will be enchanted by the animated adaptation of the classic children’s book Ernest and Celestine.

It’s 50 years since Éric Rohmer and Barbet Schroeder set up Les Films du Losange, the production company that produced many of the key Nouvelle Vague titles and has gone on to remain a key force in the industry. A fine selection of their output is on show including Nicholas Philibert’s Louvre City documentary, Michael Haneke’s excellent Hidden and Barbet Schroeder’s own first feature More.

Closing the Festival is actor-turned-director Louis–Do de Lencquesaing’s first feature In a Rush  focusing on divorced writer Paul (de Lencquesaing) struggling in his relationships this mother, potential partner, and student daughter (played by his own child Alice). Alice de Lencquesaing will be in attendance to discuss this carefully observed family drama that exudes class and charm, the perfect end to another fantastic IFI French Film Festival.

Full details of all the films can be found at www.ifi.ie/FrenchFest

Tickets are available from October 26th  from the IFI Box Office in person, by telephone on 01 679 3477 or online at www.ifi.ie.

Tickets cost €9.20, except for the opening film which includes a post-screening reception and costs €15. Tickets for the family screening are €5 or €15 for a family of 4. There are special package prices of €40 for five films and €70 for 11 films, but each ticket purchased must be for a different film and the package excludes the opening film. Daily IFI Membership (€1) or IFI Annual Membership (€25) is required for all films.

The IFI acknowledges the financial support of its principle funder, the Arts Council. Additionally the IFI French Film Festival is made possible with the support of the Embassy of France in Ireland, the Alliance Française, and The Irish Times.

For more information, high-res images, or interview requests please contact Patrick Stewart at the IFI Press Office on 01 679 5744 or pstewart@irishfilm.ie

Full details of all the films can be found at www.ifi.ie/FrenchFest