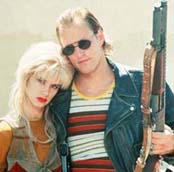 Guest speakers to introduce many landmark films at IFI in September

Throughout September the IFI is welcoming many special guests to introduce screenings in 20/20: Landmark Films at the IFI, part of IFI20: Celebrating 20 Years in Temple Bar.

The Director of Improvised Music Company, Gerry Godley, will provide some background to the film Buena Vista Social Club on Monday, September 10th (18.40).

Head of IFI Education Alicia McGivern will speak about Crouching Tiger, Hidden Dragon (September 11th, 18.30) and she will be joined by Aoife McGrane from the Gate Theatre to also discuss Tom Tykwer’s Run Lola Run, one of IFI Education’s most successful titles ever. Spirited Away (September 23rd, 13.40) was highly popular during its release at the IFI back in 2002 and also when shown subsequently for schools or family audiences –  Jason Tammemägi, writer and director of Fluffy Gardens, will introduce this family-friendly film.

Another brilliant animation, Persepolis on September 24th (18.30) will be introduced by Steve Woods, an animator and film-maker, lecturer at the National Film School at Dun Laoghaire, where he teaches experimental animation.

Introducing Persona on September 14th (18.30) will be Frida Concannon, secretary and event manager for the Swedish chamber of commerce Ireland.

On hand to share some insights into Kenji Mizoguchi’s Ugetsu Monogatari (September 17th, 18.30) will be Dr. Harvey O’Brien, Film Studies Lecturer at University College Dublin and author of The Real Ireland: The Evolution of Ireland in Documentary Film and co-editor of Keeping it Real: Irish Film and Television.

Oliver Stone’s visceral and controversial Natural Born Killers will be shown on the big screen  on September 18th (18.10) and we are happy to welcome Kevin Rockett (author of Irish Film Censorship: A Cultural Journey from Silent Cinema to Internet Pornography) who will introduce this film.

David Lynch’s Mulholland Dr. is a favourite here at the IFI and we’re delighted to have Donal Foreman from the Experimental Film Club to introduce this film on Saturday, September 22nd (13.20).

We are also thrilled to have the Director of the Gate Theatre, Michael Colgan, introducing Act Without Words II/Endgame, rarely-seen films selected from the Beckett on Film series which was shown in its entirety (19 screenings) over a weekend at the IFI.