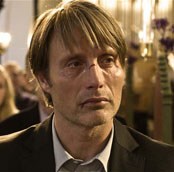 As part of IFI20, this September’s month-long celebration of 20 years of the IFI in Temple Bar, the IFI is throwing its doors wide open on September 15th & 16th for an entire weekend of FREE screenings. A special double-edition of the annual IFI Open Day, the IFI Open Weekend line-up is full of sneak previews, major classics and films from the IFI Irish Film Archive. There will also be a special screening of the best film of the last 12 months chosen by the IFI Audience an online poll and a special offer on IFI Membership.

Ross Keane, IFI Director said  “Throughout the month of September, the IFI’s 20th anniversary celebrations of its home here in Temple Bar have been all about the audiences who engage with our extensive programme and activities. So what better way to thank our audiences than by opening the doors of Eustace Street for two full days of free screenings for all? The films selected will show the full breath of the IFI’s programming, and we hope we’ll see lots of new faces, alongside some of our most loyal patrons, over the course of the two days.”

IFI20 Open Weekend gives you the first chance to be the first to see Thomas Vinterberg’s The Hunt, an arresting return to form for the Danish director of Festen, the landmark 1998 Dogme 95 film. A  harrowing tale of a kindergarten assistant accused of abuse by one of the children, the film opened in competition to critical acclaim at  Cannes 2012 with lead actor Mads Mikkelsen walking away with the Best Actor Award. Tipped to be one of the talking points of the year, this preview is an unmissable treat for IFI-goers.

Other special previews of upcoming releases include Alps, Liberal Arts and The Arrival of Wang. Alps is director Giorgos Lanthimos’ hotly anticipated follow-up to Dogtooth. The rich, thought-provoking upcoming release gives a novel take on ‘the undead‘ – following a group offering the unusual service of impersonating deceased loved-ones to help the bereaved deal with their grief. Liberal Arts, is a gentle romantic-comedy that has drawn deserved comparisons to Woody Allen and Cameron Crowe. Writer-director Josh Radnor also stars as Jesse, a 30-something who finds himself entangled with a 19-year old college student Zibby played by Elizabeth Olsen who made a big impression in recent drama Martha, Marcy, May, Marlene.

Saturday’s line up of classics include Marilyn Monroe in Gentlemen Prefer Blondes, Vittoria De Sica’s acknowledged masterpiece Bicycle Thieves, the late and much missed Tony Scott’s True Romance, and the iconic WWII adventure The Dirty Dozen. Less familiar to some will be Irish gem from 1959 Shamus that brings 1950s’ Belfast to life and Tod Browning’s controversial Freaks from 1939, a film that tells the story of a trapeze artist who seduces a sideshow midget for his money.

Saturday night will also see the winner of the IFI Audience Choice Poll receive a special screening. Ten films from the last year at the IFI are being championed by IFI staff members but only one can win. The poll is open now at www.ifi.ie/audience-poll

Celebrations will continue after the films. There will be a barbecue in the IFI Courtyard and a DJ-set in the IFI Café Bar for those who want to stay to raise a glass to the last twenty years of the IFI.

Singin’ in the Rain, frequently cited as the best musical ever, makes an appearance on Sunday along with a great line-up of other classics including Al Pacino in The Godfather, science-fiction favourite Fantastic Planet, one of the greatest Ealing comedies The Ladykillers, and the late Nora Ephron’s When Harry Met Sally… There will also be a special tribute to much-loved Irish writer Maeve Binchy who passed away in recent months with a screening of Circle of Friends.

These are just the some of the highlights and throughout the weekend there will be many more free screenings. Full details of all the films in the IFI20 Open Weekend can be found at www.ifi.ie/openweekend.

Other events in IFI20, celebrating 20 years of the IFI on Eustace Street at Temple Bar, continue until the end of September including a season of 20/20: Landmark Films at the IFI, tours of the IFI Irish Film Archive, a pop-up museum, and talks and special previews. Full details can be found at www.ifi.ie/ifi20.

Free tickets for each day will be distributed separately on Saturday and Sunday morning, in person at the IFI from 11am. Pre-booking by telephone or online will not be available. Each person in the queue will be allocated a maximum of four tickets per day. For example, a person queuing could choose four tickets for one film in order to bring friends or choose four tickets to individual films for themselves. Free tickets are strictly first-come-first-served and are subject to availability.