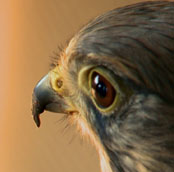 Dreamtime, Revisited, a new film about Irish writer John Moriarty to be released exclusively at the IFI from 12th October

Dreamtime, Revisited, Dónal Ó Céilleachair and Julius Ziz’s walkabout in dreamtime Ireland inspired by the works of Irish writer, poet and philosopher, John Moriarty, will be exclusively released at the IFI from Friday 12th October 2012.

A notably brilliant student in UCD during the late 1950s, Moriarty disappeared from public view for many years but, in the final years of his life, he re-emerged as a prominent Irish writer and spiritual philosopher. In this period Moriarty published nine books through the Lilliput Press including Dreamtime (1994, revised 1999), Nostos, An Autobiography (2001), Invoking Ireland (2005) and What the Curlew Said – Nostos, Continued (2007). On his death in 2007 The Guardian wrote ’many considered John as a major writer, comparable to Yeats, Joyce and Beckett.’

Dreamtime, Revisited weaves together contemporary and archive material, with excerpts from some of Moriarty’s key talks, in a labyrinthine invocation of what he called his “dream-vision” of Ireland. Dreamtime, Revisited is a reflective essay mirroring Moriarty’s gaze upon the face of contemporary and historical Ireland and exploring  the spiritual and poetic dimensions of its people and landscape. Dreamtime weaves a rich tapestry of sound ((with music from legendary Cúil Aodha musician and composer, Peadar Ó Riada) and image with a kaleidoscopic trove of archival sequences (unearthed in the IFI Irish Film Archive) complementing the contemporary landscape footage.

Director Dónal Ó Céilleachair is a New York and Ireland based Filmmaker. Having studied at TCD and NYU, Ó Céilleachair’s experience spans across the independent film landscape. He has worked on over 50 films over the past 20 years and his work has been shown at festivals and in museums across the world. Dónal was 2008 Film Artist-in- Residence in the Mhuscraí Gaeltacht at Ionad Cultúrtha, Báile Mhúirne, Co. Cork and the 35mm print of his Peidhleacan Solais (Butterfly Light) recently had its world premiere at the renowned Rotterdam International Film Festival.

Director Julius Ziz was born in Lithuania and is now based in NYC and County Clare. His films have been screened at many international film festivals and film museums around the world  including the Museum of Modern Art(NYC), the Pompidou Centre, ICA(London),Tokyo National Film Center and the Cinémathèque Française. His films are in the collections of MoMA (NYC), Cinémathèque Française, Austrian National Film Museum, Anthology Film Archives (NYC) and the Museum of Modern Art of the City of Paris.

Dreamtime, Revisited was made by Anú Productions with support from the Arts Council under the Reel Art scheme.

For more media information, interview requests with Dónal Ó Céilleachair and Julius Ziz, high-res images please contact Patrick Stewart at the IFI Press Office on 01 679 5744 or pstewart@irishfilm.ie. Use this link to view an excerpt from the film.