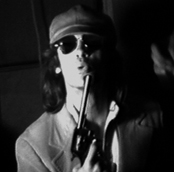 IFI Stranger Than Fiction is a landmark event in the Irish cinema calendar and makes a welcome return this year with four days of the finest documentary films. The Festival has been programmed for the first time by documentary filmmaker and Commissioning Editor of Film Ireland Ross Whitaker who has tracked down a fantastic range of true-to-life stories; an intimate portrait of one of the world’s most famous photographers; a chronicle of the death of the once-great Detroit, a moving and heroic record of one Palestinian village’s resistance to oppression, to the story of an Irish boxing champion of the nineteenth century turned actor, appropriately narrated by another ex-boxer turned actor, Liam Neeson.

Festival Programmer Ross Whitaker said ’These films will move, shock and inspire you. They will inform you and, in some cases, change the way you think about the world. The truth, they say is stranger than fiction and I think the films on show prove that the best documentaries can be more powerful than any drama.’

Selected as this year’s opening film, The Imposter is the bizarre tale of a missing Texas teenager who is found after three years, in Spain, claiming he was kidnapped. The family are so relieved to have him home they conveniently overlook the boy’s European accent, new hair colour and physical changes. But it’s when the FBI start investigating the boys so-called kidnapping that the already murky tale takes an even stranger turn.

The Interrupters is Steve James’ (Hoop Dreams, Stevie) acclaimed story of the Violence Interrupters, ex-Chicago gang members who seek atonement for their past by directly intervening to try to stop violent confrontations. It’s a story of uplifting heroism, but one which doesn’t shy away from the scale of the problem or the thankless nature of the task. The troubles of another mid-west city, Detroit, come into focus with Detropia. Facing the decline of automobile industries and demographic shifts, what was until relatively recently a city of dreams is revealed as hovering on the verge of oblivion in Heidi Ewing and Rachel Grady’s fascinating portrait of the city. Similar themes on this side of the Atlantic can be found in Penny Woolcock’s One Mile Away, a study of Birmingham gang-culture contrasting the creative potential of rap performances alongside the life-shattering epidemic of gun crime.

Irish documentary’s reputation has substantially grown in recent years and this year’s Festival features two Irish films and two Irish co-productions that will continue that trend. Andrew Gallimore’s The Gentleman Prizefighter tells the story of Irish-American heavyweight champion Jim Corbett, remembered for defeating the great Jim Sullivan and turning to film acting after hanging up his gloves. Paul Duane, who had a recent success with Barbaric Genius on John Healy, follows up with Very Extremely Dangerous, the story of Jerry McGill a terminally-ill former rocker turned bank-robber who, aged 70, returns to the recording studio to make up for lost time.

The Irish link to Irish/Netherlands co-production Anton Corbijn Inside Out isn’t hard to figure out; the Dutch photographer and filmmaker is responsible for the visual style of U2. He has also worked extensively with Depeche Mode and many other artists and this documentary is a illuminating insight into his life and working methods.

Two films about the Middle East demonstrate the powerful immediacy with which film can capture conflict and political unrest. Emad Burnat and Guy Davidi’s eponymous 5 Broken Cameras met their end while Emad was filming his Palestinian village of Bil’in’s struggle for survival against the Israeli West Bank Wall, a settler land grab, and lethal force from the security services.  Sean McAllister’s Reluctant Revolutionary (an Irish/UK co-production) is an intimate portrait of a Yemeni tour guide’s conversion from sceptic to revolutionary during the Arab Spring.

From further East in South Korea comes Planet of Snail, a life-affirming observational documentary of a young disabled couple who radiate love and affection – deaf-blind poet Young Chan and  Soon-Ho, whose spinal disability means shes barely taller than his waste. A big hit on the festival circuit and Winner of Best Documentary Feature at the International Documentary Film Festival in Amsterdam, Planet of Snail is sure to be one of the weekend’s highlights.

For more information, high-res images and interview requests with Ross Whitaker and Festival guests please contact Patrick Stewart at the IFI Press Office on 01 679 5744 or pstewart@irishfilm.ie.

IFI Stranger Than Fiction is proudly supported by The Irish Times