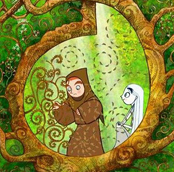 A major season of Irish films, supported by IFI International, will take place at this year’s Zlin Film Festival in the Czech Republic. The festival which is primarily aimed at children and young people has been running since 1961 and is one of the largest and oldest festivals of its kind in the world.  Last year it attracted some 108,000 visitors. The Irish focus this year will comprise some 30 titles of Irish relevance. IFI International are providing archive prints to the festival including films for a strand of Neil Jordan and Jim Sheridan classics (including The Crying Game, Into the West, In the Name of the Father), a strand of Contemporary Irish Cinema (Garage), Irish Choice (Adam and Paul), and Irish Literature in Cinema (Song for a Raggy Boy, The Butcher Boy).

IFI International are delighted to be part of this fantastic showcase of Irish film talent – to find out more visit www.zlinfest.cz