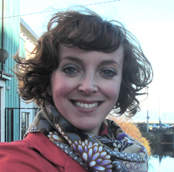 A new senior appointment was announced this morning at the Irish Film Institute. Shauna Lyons is set to join the IFI’s team as Public Affairs and Marketing Director. She will be responsible for driving the marketing and communications strategies across the IFI’s core activities, to exhibit, preserve and educate; as well as overseeing the public affairs of the IFI’s enterprise activities including the IFI Café Bar and the IFI Film Shop.

Shauna Lyons has worked for nearly a decade with leading Irish cultural organisations and joins the Irish Film Institute from Dublin Theatre Festival where, as Marketing Manager, she was responsible for all marketing, press and advertising strategies. Previous to that role, she has worked in marketing and administrative roles with various festivals and arts organisations including Absolut Fringe, Dublin Electronic Arts Festival, the Arts Council, and an earlier role at the IFI. Shauna is also a board member with Improvised Music Company.

Ross Keane, IFI Director, said “I’m delighted that someone of Shauna’s calibre and experience will be taking on the role of Public Affairs & Marketing Director. She will make a fantastic addition to the team, and we look forward to her playing a pivotal role as the organisation enters its next exciting phase.”

Shauna Lyons said “I’m delighted to join the IFI as Public Affairs & Marketing Director at such an exciting time in its history as it celebrates 20 years in its Eustace St premises. As one of the country’s most dynamic cultural organisations, I look forward to working with the IFI team to ensure that it continues to grow and extend its reach nationally and internationally.”

Shauna Lyons will start in the role on June 12th.

For more information, interview requests, or for headshots please contact Patrick Stewart at the IFI Press Office, 01 679 5744 or pstewart@irishfilm.ie.

For information about our current programme please see www.ifi.ie.