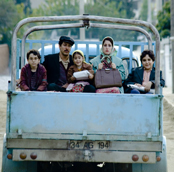 The IFI are teaming up with Film Ireland to provide a regular blog on the German Film Week which runs at the IFI, in co-operation with the Goethe-Institut Irland, until the 16th May. Film Ireland’s Assistant Editor Steven Galvin will be in full festival mode throughout the week that starts tonight with Volker Schlöndorff’s Calm at Sea (Das Meer am Morgen), followed by a reception hosted by the Goethe-Institut Irland. Steven’s already posted a preview blog and he’ll be reviewing each film as the week progresses – but make sure to make your selections now as for most of these films it will be the only chance to see them on the big screen in Ireland.