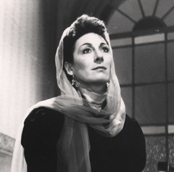 John Huston’s classic adaptation of The Dead to screen at the IFI for Dublin: One City, One Book’s focus on Dubliners

As part of Dublin: One City, One Book , which this year has selected Dubliners as it’s city-wide read, and continuing their collaboration with Dublin City Public Libraries, the IFI presents John Huston’s The Dead on April 21st at 4.15pm.

Adapted from the final story in the Dubliners collection, the film is set during the annual dinner party of the elderly Morkan sisters on the Feast of the Epiphany in 1904. The film lovingly recreates the middle-class characters of Joyce’s Dublin before reaching a powerful conclusion that reminds us that love is always shackled to loss.  John Huston’s subtle direction and Angelica Huston and Donal McCann’s delicately pitched performances perfectly capture the social atmosphere and emotional nuances of Joyce’s original text.

Dublin: One City, One Book is an award-winning Dublin City Council initiative, led by Dublin City Public Libraries, which encourages everyone to read a book connected with the capital city during the month of April every year.