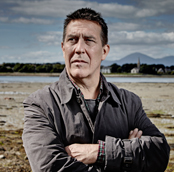 IFI International back in NYC

IFI International returns to New York in May, six months after 2011’s ground-breaking collaborations with MoMA, Film Society of Lincoln Center and the New York Public Library, to support Irish Film New York (IFNY) in presenting a celebratory showcase of Oscar-winning short Irish films in association with the Consulate General of Ireland and the Film Society of Lincoln Center. President of Ireland and Patron of IFI, Michael D. Higgins will be in attendance. A screening of Terry George’s The Shore and Granny O’Grimm’s Sleeping Beauty will be followed by a panel discussion on Irish storytelling hosted by IFNY Director Niall McKay with contributions from President Michael D. Higgins and from filmmakers Marian Quinn, and Macdara Vallely. Event takes place on Wednesday 2nd May at 1pm at the Elinor B. Munroe Theater at Lincoln Center.