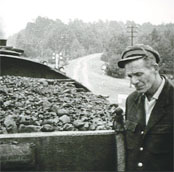 In collaboration with the French Embassy in Ireland and the School of Philosophy in UCD, the IFI is delighted to present this rare screening of Shoah, Claude Lanzmann’s epic documentary on the Holocaust, with the director in attendance to introduce and discuss the film. The film will be shown in three parts on May 7th, 12th and 13th at the IFI.

Shoah took 11 years to make; the first six devoted to the recording of testimony across 14 countries, and a further five to edit down a remarkable 350 hours of raw footage into the final 9-and-a-half-hour version. While the film eschews emotive archive footage in favour of a straightforward talking heads style, it is still a harrowing extremely powerful piece of work. The survivors’ stories are as chilling as one would expect, but it is Lanzmann’s interviews with those who staffed the camps that truly horrify, confirming what Hannah Arendt famously termed “the banality of Evil”.

Unfortunately due to circumstances beyond our control Claude Lanzmann will not be able to join us at the IFI as advertised.

Tickets cost €20 (€18 IFI Members) in total for all screenings. Each screening ticketed as normal.