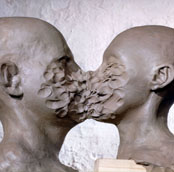 The Irish Film Institute presents Drawing Pictures, an adult evening course on the history of animation

It’s an exciting time for Irish animation, with companies such as Brown Bag (Octonauts, Granny O’Grimm, I’m a Happy Hugglewug) Boulder Media (Gumballs), Cartoon Saloon (The Secret of Kells) and others achieving international audiences. Irish animators are also being honoured with a special focus at the Annecy International Animated Film Festival. To reflect and celebrate the success of Irish animation the IFI have teamed up with James Armstrong of NCAD to curate an adult evening course that traces a brief history of international animation, leading up to an Irish animation event in April.

Over four weeks, James Armstrong will lead participants through key moments in animation history, from early Disney through to contemporary adult works. Each evening will include a feature film screening (or series of shorts) followed by an illustrated talk. Previous knowledge of animation is not required.

The course will begin in Week 1 with Disney’s Pinnochio, a classic example of hand-drawn technique used in the enchanting story of Gepetto and his long-nosed wooden puppet who wants to become a real boy. Week 2 celebrates the world-renowned animation of Czechoslovakia with a short film selection from the Czech film Archive that showcases how their animators conveyed rebellious themes through the use of inanimate objects that they skilfully brought to life. The screenings will include work from Jiri Trnka, Jan Svankmajer, Jiri Barta and Karel Zemen.

The big-eyed characters and recognisable look of Japanese anime originated largely in the work of Osama Tezuka in the 1960s. Week 3 will look at this major sub-genre which has been increasing its international popularity since the 1980s and will screen Tezuka’s feature Paprika. The fourth and final week will screen A Scanner Darkly that shows Richard Linklater’s use of rotoscoping  to create a hallucinatory near-future world. Originating in a Philip K. Dick story, this film and its predecessor, Waking Life, opened the genre up to a whole new adult audience

The Irish Animation Day in April will include screenings from the Annecy programme curated by animator Steve Woods and discussions with animators. Details will be announced in the IFI’s April programme and on www.ifi.ie.

The screenings of the Czech Animation Short Films are supported by the Embassy of Czech Republic.

Schedule for Drawing Pictures: A Short Course on the History of Animation

For images and more media information please contact Patrick Stewart at the IFI Press Office on 01 679 5744 or pstewart@irishfilm.ie.