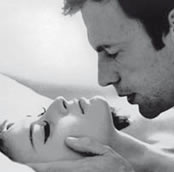 To mark this annual celebration of the French language and highlight the thriving culture of French language filmmaking, the IFI is delighted to present the three films  as part of the Francophonie 2012 which brings together 220 million French speakers and the 890 million people from the 75 member states of the Organisation Internationale de la Francophonie.

Starting the season is Les Doigts Croches (Sticky Fingers) (12.30 March 4th), a jaunty comedy about a six-strong gang of bungling burglers who are released from prison and are set a challenge – to walk the Camino and prove that they have changed – if they want to get their hands on their share of the loot!

Viva Laldjérie (Viva Algeria) (18.30 March 19th) depicts the lives of three marginalised women in contemporary Algeria, caught between increasingly western cosmopolitan modernity and the rising tide of religious fundamentalism. Director Nadir Moknèche has drawn many justified comparisons with Pedro Almodóvar for his warm and compassionate portrayal of women in increasingly difficult circumstances. The screening will be introduced by Franco-Algerian award-winning author and Director of the Alliance Française de Cork, Salim Bachi.

In Trans- Europ-Express (14.00 March 31st) writer/filmmaker Alain Robbe-Grillet eschews more traditional forms of narrative and character in favour of a disjointed, dislocated sense of reality. Spurred on by the conventions of the thriller and experimental narrative devices, he creates a dreamlike hyper-reality. This special screening will be introduced by artist Laurence Kavanagh and is held in association with Temple Bar Gallery + Studios on the occasion of their exhibition Lights, Camera, Action! (February 25th– March 31st) which features his work. For details see www.templebargallery.com.

Francophonoie 2012 is presented in partnership with the French Embassy, Institut Français, Alliance Française, the Embassy of Canada and Temple Bar Gallery + Studios.

For images and more media information please contact Patrick Stewart at the IFI Press Office on 01 679 5744 or pstewart@irishfilm.ie