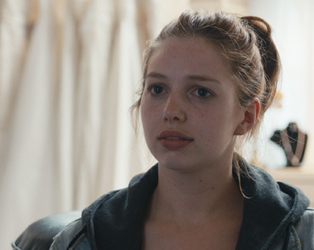 With the 2017 San Francisco Irish Film Festival right around the corner, organizers today unveiled this year’s diverse program which celebrates the theme of a ‘Changing Ireland’.

Featuring a stellar selection of Irish films and documentaries, the 14th annual storytelling festival, which runs from September 21-23, 2017 at the Delancey Street Theatre, will build on the momentum from last year and explore what it really means to be Irish, both here in the US and back home.

A notable program highlight will be the West Coast premiere of ‘Emerald City,’ selected to bring the festival to a close on Saturday, September 23 at 8 pm. The poignant feature follows a crew of troubled Irish construction workers seeking change in New York after spending their adult lives self-medicating. Brimming with uniquely-Irish dark humor and some explicit language, it’s sure to strike a chord with local audiences. A Q&A with special guest, director Colin Broderick, will follow the screening.

Director Darren Thornton’s outstanding debut, ‘A Date for Mad Mary,’ will open the festival at 7.00 pm on Thursday, September 21, toasting Ireland’s ongoing social revolution since it became the first country in the world to amend its constitution to recognize same sex marriage by national referendum more than two years ago.

The soulful dramedy, which subtly explores sexuality, personal growth and identity, tells the story of newly-released prisoner Mary McArdle and her disastrous attempts to find a date for her best friend’s wedding… until she meets Jess. Hailed as a cross between ‘Bridesmaids’ and ‘Muriel’s Wedding,’ the wonderfully warm film won Best Feature at the Galway Film Fleadh in 2016.

The screening will be followed by an Opening Night Party, generously hosted by the Consulate General of Ireland.

Announcing this year’s program, executive director Kate Gunning said: “Irish filmmakers always have their finger on the pulse and this year’s selection is truly reflective of the changes happening in Ireland. We’ve mindfully put together a rich and diverse program of films that we hope will please audiences and spark conversations. I’m thrilled to share the latest in great Irish film with the SF Irish film community.”

A firm favorite among festival fans, Friday will offer a collection of ‘Short Stories, Tall Tales,’ curated by award-winning filmmaker Frank Kelly and program director Roisin Hunt. Running the full gamut of the human experience, each short provides a broad insight into this year’s theme – from a 12-year-old aspiring jockey from Donegal, to a teenage girl learning to fend for herself in the wake of cyber bullying, and a returning elderly immigrant to his native Connemara.

Due to demand, an additional selection of family-friendly shorts will be screened on Saturday at 6.30 pm, including several animations to engage younger audiences.

Meanwhile, the compelling ‘Rocky Ros Muc’ will take center stage earlier on Saturday at 4.30 pm. From humble beginnings in Connemara to competing for a world boxing title at New York City’s Madison Square Garden while resisting pressure from the criminal underworld, the hugely enjoyable biography of Irish boxer Seán Ó Mainnín examines the reality of emigration and its impact on identity.

Director Colin Broderick is looking forward to an engaging Q&A following the west coast premiere of  ‘Emerald City,’ selected to close the festival on Saturday night. Speaking ahead of the event, he said: “It’s an enormous time of change for the Irish construction worker in the US – post Celtic Tiger. ‘Emerald city’ really draws attention to that shift and marks the end of an era in the skilled Irish worker. It’s the first ever film made about the working class Irish and is resonating deeply with audiences throughout the US. They’re being replaced now with cheaper labor and times are changing.”

For more information on the festival go to www.sfirishfilm.com.