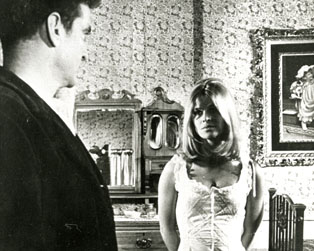 The screening will be introduced by Dr Charles Barr.

Though only loosely based on the early life of Seán O’Casey (here renamed Johnny Cassidy), this colourful drama includes key historical moments from 1911 to the late 1920s – the 1913 Lockout, the 1916 Rising, the riots at the opening of The Plough and the Stars – as it charts O’Casey’s ascent from bookish labourer, to rebel, to internationally renowned playwright.

Australian Rod Taylor turns in a muscular performance as Cassidy, bedding a series of women (including Maggie Smith and Julie Christie), and swaggering through his encounters with Lady Gregory (an imperious turn by Dame Edith Evans) and W.B. Yeats (Michael Redgrave). The film was begun by John Ford but when he became ill, cinematographer Jack Cardiff stepped into the chair and directed a lushly-hued, visual delight. Dublin has rarely looked better.