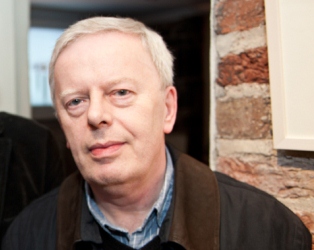 The Pete Walsh Critical Writing Award is an annual prize that is inspired by the late, esteemed IFI programmer Pete Walsh, who passed away in December 2012 and who was a central figure at the IFI for 18 years. During his time at the Institute, he built an internationally admired film programme, hugely enriching cinema exhibition and appreciation in Ireland.

The award is given annually to an outstanding piece of critical writing on any one film theatrically screened in Ireland during the previous calendar year, in this case 2016.

The focus is on film appreciation and criticism, rather than academic analysis, and the winner receives a year’s free entry to films at the IFI. In addition to the prize, the winner’s name will be announced in the IFI monthly programme, and their winning entry will be published in full on the IFI website.

The judging panel for the 2016 award includes:

Submissions should be no longer than 800 words and should be sent to petewalshaward@irishfilm.ie.

The winner of the 2016 prize was Naomi Keenan O’Shea – you can read her prize-winning submission below.