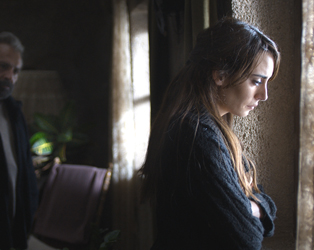 Celebrating Winter Sleep, the new film from director Nuri Bilge Ceylan, which opens November 21st, exclusively at the IFI, we have three DVD Prize Bundles with two of Ceylan’s films, 3 Monkeys(DVD) and Once Upon A Time in Anatolia (Blu-ray), courtesy of our friends at New Wave Films to give away to three lucky winners!

Aydin (Haluk Bilginer) is a former actor, a middle-aged man now running a small hotel in Anatolian foothills. He lives with his young wife Nihal (Melisa Sözen), and the couple are offering support and shelter to Necla (Demet Akbağ), Aydin’s sister, who is enduring a painful divorce. As the snow begins to fall, the seemingly idyllic setting becomes a difficult place to escape and the isolation reveals Aydin as a man who is subtly at odds with the world around him, in conflict with his family and community.

The deserved winner of the Palme d’Or at Cannes this year, Winter Sleep is a mesmerising, brutally honest, and quite brilliant work which positions Nuri Bilge Ceylan (Distant, Once Upon a Time in Anatolia) as a modern heir to Ingmar Bergman given his formidable insight into the human condition.

What prestigious award did Winter Sleep win this year?

Competition closes at 5pm on Saturday, November 22nd, 2014. The winner will be contacted by email. (See IFI Terms and Conditions  regarding prizes and competitions.)