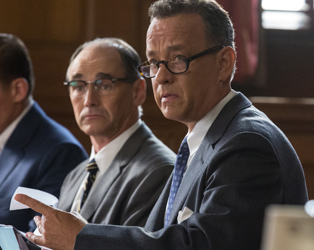 Spielberg’s assured direction combined with Tom Hanks as the defending lawyer may be a winning ticket but the success of the film rests with Mark Rylance’s Oscar-winning performance. To see Rylance act is to watch someone for whom performance is more than an art form, it’s their way of breathing. Don’t miss it.

Tickets: €4.25 including regular tea/coffee before the event. Wild Strawberries is our film club for over 55s. If you happen to look younger, please don’t take offence if we ask your age.