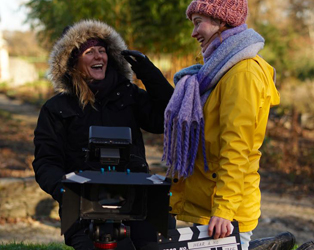 Opening a window on work by a new wave of women filmmakers, IFI and Women in Film and TV Ireland (WFTI) present this inspiring programme of short films selected from a significant volume of work submitted by WFTI members. While these films couldn’t differ more in style, scope, genre and theme, they all have one thing in common: they are directed and created by the Irish film industry’s most talented up-and-coming female creatives.

IFI is pleased to provide a space to enjoy and critically engage with this work. WFTI is a voluntary, members-led organisation run by film and TV professionals, representing the creative, business, educational and technical divisions of the Irish audio-visual sector.

With filmmaker introductions and a prize for best film (selected by a WFTI jury).

The films screening as part of this event are:

Full details of the programme will be available online – www.ifi.ie and www.wft.ie.