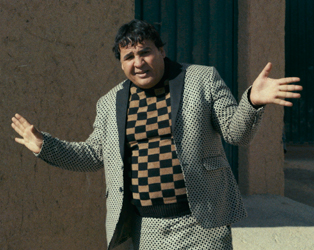 IFI Documentary Festival 2017 starts on Wednesday the 27th of September, and we’ve got a truly memorable film to kick things into gear.

It’s all starting with Nothingwood on September 27th at 20.20, which went down a storm at the Cannes Film Festival earlier in 2017. It’s the totally unique story of Salim Shaheen. Dubbed the ‘Ed Wood of Afghanistan’ he’s captured while in the throes of shooting his 110th feature film, made with practically no budget, using real soldiers, live ammunition and shot in Taliban controlled territory.

Director Sonia Kronlund captures this incredible story with a mixture of humour and apprehension, as her crew is led deeper into dangerous territory. Check out the clips below for a taste of what’s in store in Nothingwood.

Come along to Nothingwood on September 27th at 20.20, and find out just how to make a no-budget film in Afghanistan!