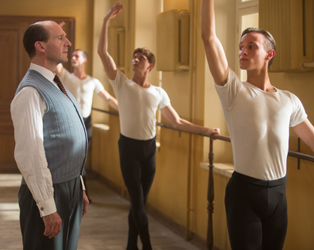 This film was released on Friday 22nd March 2019 and is no longer screening.

Ralph Fiennes’s latest directorial effort sees him working from a script by Sir David Hare to tell the story of legendary ballet dancer Rudolf Nureyev and his defection from the Soviet Union to the West. The film crosscuts between his impoverished childhood and his early training, but mainly focuses on the fateful trip of the Kirov Ballet to Paris in 1961.

Filled with an insatiable thirst for culture, his unaccompanied trips to the city’s museums and bars, as well as his unsupervised socialising with European dancers and a Chilean heiress (Adèle Exarchopoulos), initially frustrate, and eventually anger his minders, resulting in a dramatic showdown in Le Bourget Airport.