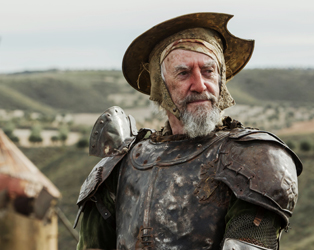 This screening will be followed by a pre-recorded interview with director Terry Gilliam.

Toby, a cynical advertising director, finds himself trapped in the outrageous delusions of an old Spanish shoe-maker who believes himself to be Don Quixote.  In the course of their comic and increasingly surreal adventures, Toby is forced to confront the tragic repercussions of a film he made in his idealistic youth.

On their quest, Toby comes face-to-face with demons, both real and imagined, modern and medieval. Damsels are rescued, jousts are fought, giants are slain and women have beards! Reality and fantasy blur on this bizarre road trip which leads to a phantasmagorical finale.