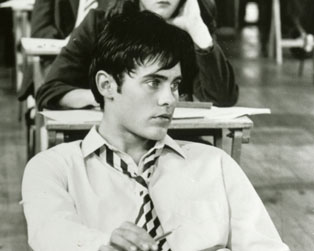 The screening was introduced by writer Ferdia Mac Anna.

Set in 1977 Dublin, and based on the popular novel by Ferdia Mac Anna, The Last of the High Kings features a young Jared Leto as Frankie Griffin, a fun-loving
teenager who, in his post-Leaving Cert summer of uncertainty, just wants to hang out with his friends, listen to Thin Lizzy and win the attention of local women.

Top of his list are Protestants Romy Thomas (Emily Mortimer) and her friend Jayne Wayne (Lorraine Pilkington), much to the annoyance of his highly-political republican mother, played with gusto by Catherine O’Hara. He is mentored in life skills by his visiting American cousin (Christina Ricci) who teaches him the value of following his own dreams. Stephen Rea, Gabriel Byrne, and Colm Meaney join this stellar young cast in director David Keating’s well-observed, often  hilarious portrait of rudderless youth.