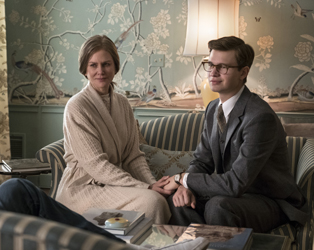 This film was released on Friday 27th September 2019 and is no longer screening.

Donna Tartt’s novel, published in 2013 and winner of both a Pulitzer Prize and Carnegie Medal, is brought to the screen by Irish director John Crowley (Brooklyn). Featuring a supporting cast that includes Sarah Paulson, Nicole Kidman, Jeffrey Wright, and Luke Wilson, the film centres on Theodore Decker, whose life is irrevocably altered as a teenager following an explosion in New York’s Metropolitan Museum of Art. Not only does the bombing take the life of his mother, but in its immediate aftermath, Theo steals one of her favourite paintings, the titular Goldfinch. As the boy becomes a man (played by Ansel Elgort), his possession of this item leads him into the labyrinthine business of antique and art forgery.

There will be Open Captioned screenings at 16.20 on Tuesday October 1st, and 20.10 on Thursday October 3rd.