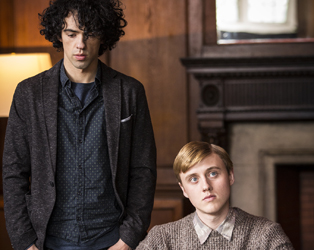 Drummer Gabriel (Dermot Murphy), recently diagnosed with bipolar disorder, is forced to curb his erratic behaviour when his therapist changes his medication and insists he join a special football team.

When he meets goalkeeper Christopher (Jacob McCarthy), a 17-year-old with Asperger’s Syndrome, a fraught relationship gradually develops into a firm friendship as each learns to respect the other’s foibles.

Writer/director/composer Nick Kelly captures the mental health pitfalls of a rock’n’roll lifestyle with sharp insight, while his portrait of a young man with Asperger’s, drawn with affection and deep understanding, is perfectly observed.