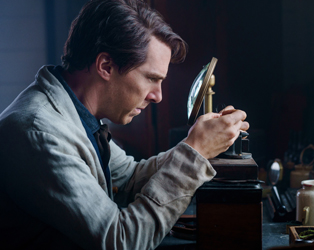 This film was released on Friday 26th July 2019 and is no longer screening.

Edison confirmed his status as a self-proclaimed genius in 1879 when he conducted the first successful light bulb tests, declaring an end to night as people knew it. The wide distribution of electricity proved a daunting challenge however, with both Edison and the entrepreneurial Westinghouse, his less flamboyant competitor, convinced of their unique solutions.

Director Alfonso Gomez-Rejon makes an impressive leap in scale here from his much-admired debut Me and Earl and the Dying Girl (2015), the eye-catching visual style he employs being a testament to his association with Martin Scorsese, Michael Mann and Alejandro González Iñárritu, on whose films he apprenticed.