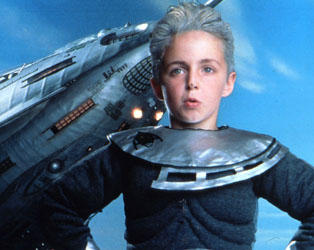 Tying in with this month’s Dark Skies season, this sweet and nostalgic fantasy is set in 1960s Dublin, and was filmed around Walkinstown and Crumlin, childhood home of the filmmaker, Martin Duffy. It’s the story of eight-year-old Harry, who finds comfort in the Flash Gordon TV series, as he tries to deal with the death of his father. Bullied in school, Harry imagines he and his dog have been sent down from Mercury.

Duffy directs with affection and warmth, achieving terrific performances from the cast which includes Hugh O’Conor as Harry’s brother, Rita Tushingham as his mother, Tom Courtenay as Uncle Tony, and Sean Flanagan of comedy troupe ‘Foil, Arms and Hog’ as Harry’s school pal.