On the third anniversary of the historic electoral victory, The 8th traces Ireland’s campaign to remove the 8th Amendment – a constitutional ban on abortion. It shows a country’s transformation from a conservative state in thrall to the Catholic church to a more liberal secular society. The film includes voices from both sides of the debate, but its primary focus is on the dynamic leaders of the pro-choice campaign – veteran campaigner Ailbhe Smyth and self-described glitter-activist Andrea Horan – as they chart a bold strategy of grassroots activism. The trio of directors bring considerable documentary and journalistic craft to this dramatic story which considers past failures and recent successes (such as 2015’s Marriage Equality Act), and the evolution of a truly progressive society. 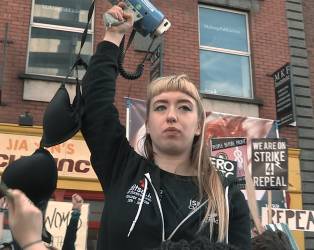