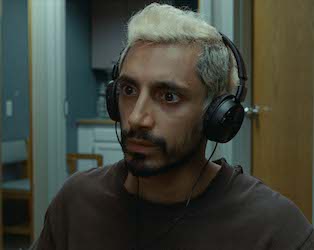 All screenings of Sound of Metal are Open Captioned with Audio Description available.

Ruben (Riz Ahmed) is a drummer in an intense noise rock group, hammering out ferocious sets with his girlfriend and bandmate Lou (Olivia Cooke). But with each show, a persistent ringing in his ears worsens to the point when he can no longer hear at all. For a deaf musician and his partner who have built their precarious existence doing what they know and love, what happens now? If he can’t recover his hearing, who will he become? After a modest debut on the festival circuit in Autumn 2019, Sound of Metal became, in the intervening months, a word-of-mouth sensation, and was ultimately nominated for six Academy Awards, winning two, for Best Sound and Editing. Anchored by an immersive, empathetic performance from the versatile Riz Ahmed, the film is a slow burn revelation, and Ruben’s unconventional quest for spiritual and physical healing exerts a powerfully emotional hold.