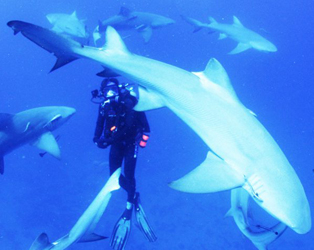 This film screened on Wednesday 8th May 2019.

Sharkwater Extinction is a thrilling and inspiring action-packed journey that follows award-winning filmmaker Rob Stewart on a courageous crusade across four continents to investigate the corruption behind a multi-billiondollar pirate fishing trade and massive illegal shark fin industry.

From West Africa, Spain, Panama, Costa Rica, France and North America, Stewart exposes the shocking truth that is leading to the extinction of our oldest remaining predator. Shark-finning is still rampant, shark-fin soup is still being consumed and endangered sharks are now being used to make products for human consumption. Stewart’s mission is to save the sharks before it’s too late.