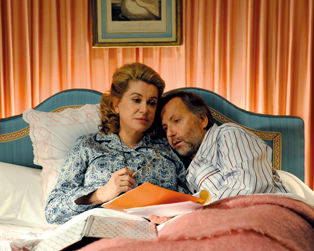 With the IFI French Film Festival showing the finest new French films in November, we’re bringing back this François Ozon gem, featuring two giants of French cinema. Catherine Deneuve sparkles as so-called ‘trophy wife’ Suzanne, who becomes boss of the factory when her husband is taken hostage by striking workers in provincial France in 1977.

The town mayor (Gérard Depardieu) is more than willing to help and, with humour and affection, the pair finds a way out of the predicament.

Tickets: €4.25 including regular tea/coffee before the event. If you happen to look younger, please don’t take offence if we ask your age.