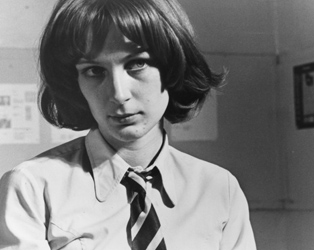 This screening was introduced by Dónal Foreman.

Pat Murphy, who was Dublin-born but moved to Belfast as a teenager, is the exception in this programme – but, as the autobiographical narrative of her debut feature Maeve makes clear, she was a kind of outsider nonetheless. Like Murphy, Maeve returns to Belfast after studying art in London, estranged from militant Republicanism and critical of its patriarchal limitations.

Her return is interwoven with fragments of memories and observations from her youth in war-torn Belfast, as well as polemical arguments on the nature of myth and history. Influenced by international currents of experimental film and feminist thought, she and co-director John Davies were also reacting against other films in this programme, particularly the work of MacCaig and the Berwick Street Film Collective, which they saw as limited by an “ethnographic” approach that was unable to capture “complex political truths”.