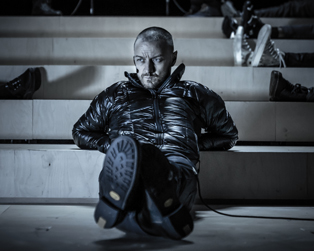 A magnetic soldier full of swagger and brilliant poet, Cyrano de Bergerac is in love with his beautiful and intelligent cousin Roxane without her knowing. His one curse in his life, he feels, is his large nose and although it may have been a forming influence in his razer-sharp wit, he believes that Roxane will reject him. When the handsome but unpoetic Christian falls for the beautiful Roxane, he asks Cyrano to help him win her heart. Cyrano de Bergerac can be delivered as an allegory of inner and outer beauty.

This acclaimed production stars James McAvoy as Cyrano in this new production by Martin Crimp (Attempts on Her Life), directed by Jamie Lloyd.