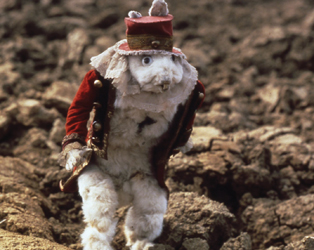 This screening will include an introduction from Neil Gaiman and a post-screening discussion about the film, hosted by author John Connolly. Tickets: €16/€14.

Neil Gaiman joins us to introduce and discuss Alice, a dark fantasy film by Czech filmmaker Jan Švankmajer. A surreal adaptation of Lewis Carroll’s classic children’s book Alice in Wonderland, this 1988 fantasy thriller looks into the darkest, wildest recesses of a child’s mind.

One of the greatest living storytellers, Neil Gaiman has written short fiction, novels, comic books, graphic novels, audio theatre, and moves. From the BBC dark fantasy TV series Neverwhere and Doctor Who to film work including Stardust, Coraline and Beowulf, he’s as at home writing for the screen as he is in print. Join Neil Gaiman and ILFDublin at the IFI for a very special evening!