In his second feature, Terence Davies dramatises the intense memories of the years following his father’s death – a time he has counter-intuitively referred to as his happiest – through the character of Bud (Leigh McCormack), a quiet boy growing up in Liverpool in the 1950s whose love of movies and popular music offers solace from the compromises and disappointments of reality. In The Long Day Closes, Davies perfects the poetic style evident in his debut, Distant Voices, Still Lives (1988), eschewing traditional narrative structure for an impressionistic, subjective mosaic of his childhood experiences, creating a poignant, nonlinear tapestry of images and song. 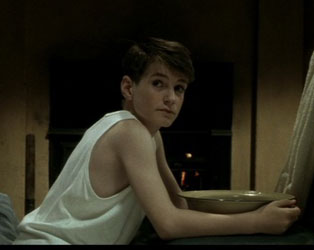