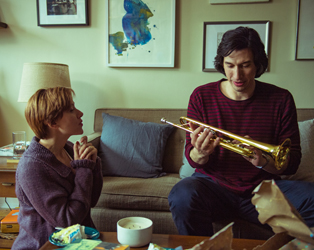 This film was released on Friday 15th  November 2019 and is no longer screening.

With Marriage Story, Noah Baumbach revisits the subject of divorce, explored so memorably in his 2005 debut, The Squid and the Whale, and the result lays claim to being his finest work to date.

Reminiscent of Bergman’s Scenes from a Marriage, the film delineates the divorce proceedings between Charlie (Adam Driver), a talented director of avant-garde theatre, and Nicole (Scarlett Johansson), an actress who gave up her Los Angeles career to be part of his New York-based troupe. They have an eight-year-old son, Henry, who finds himself in the middle of an increasingly acrimonious tug of war, as his parents arm themselves with aggressive lawyers (Laura Dern on her side, Alan Alda and Ray Liotta on his), to fight for the better deal in the carve-up of their lives.