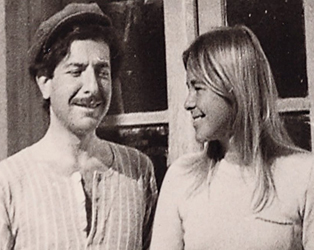 This film was released on Friday 26th July 2019 and is no longer screening.

Leonard Cohen met Marianne Ihlen, his Norwegian muse, on the Greek Island of Hydra in 1960. They fell in love and their complex relationship endured in its various forms up to their deaths in 2016 which were separated by just three months. Cohen was still a poet at the time, having not yet made the transition to recording his writings as songs, and the bohemian lifestyle shared by the artistic community on Hydra was the perfect environment for his work to flourish.

Featuring wonderful archival footage, the film follows their relationship from its beginnings on the island, an innocent time of ‘free love’ and open marriage, to its collapse under the weight of Leonard’s growing celebrity status.