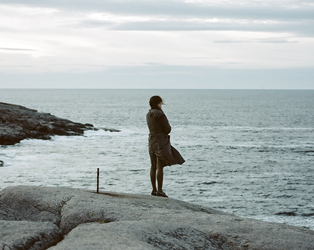 Celebrating Leviathan, the new film from acclaimed director Andrey Zvyagintsev, opening Friday, November 7th at the IFI, we have a bundle of award-winning Artificial Eye DVDs and a copy of the film poster, courtesy of our friends at Artificial Eye to give away to one lucky winner!

Acclaimed filmmaker Andrey Zvyagintsev has established himself as a significant presence in world cinema with films such as The Return(2003), The Banishment (2007) and Elena (2011). Winner of the best screenplay award at Cannes this year, Leviathan is his most ambitious film to date, dazzling in its scope and daring. Referencing the Bible story of Job, it concerns Kolya, a mechanic working in a small town who refuses to sell his land and business to a bullying mayor.

Kolya brings in a friend from Moscow, looking for support in the face of aggression, but this has unforeseen consequences. Inspired by real life events, the film has drawn comparisons with Tarkovsky and with classical Russian literature.Leviathan stands as a provocative, powerful allegory for modern Russia, a depiction of a corrupt, broken and brutal society where common decency counts for nothing.

Which of  Andrey Zvyaginstev’s films won the Golden Lion Award at the Venice Film Festival?

Competition closes at 12pm on Friday, November 7th, 2014. The winner will be contacted by email. (See IFI Terms and Conditions regarding prizes and competitions.)