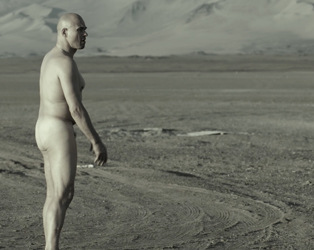 This screening will be followed by a Q&A with director Andrew Kötting, hosted by filmmaker Colm Quinn.

The true story of Ivan Mishukov, a four-year-old Russian boy who ran away from his home in Moscow in the mid-1990s to live for two years on the streets in the company of feral dogs, formed the basis of Hattie Naylor’s award-winning play, Ivan and the Dogs.

Taking inspiration from the play, experimental British artist and filmmaker Andrew Kötting creates a ground-breaking crossover between narrative film, documentary and contemporary art. Kötting’s highly distinctive story of survival draws on a range of innovative techniques, including home movies and archive footage to produce an unforgettable montage essay. The film completes the director’s Earth Trilogy, comprising of Ivul (2009) and This Filthy Earth (2001).