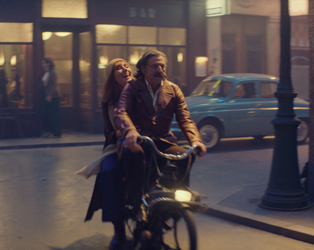 This film was released on Friday 22nd  November 2019 and is no longer screening.

Antoine (Guillaume Canet) runs ‘Time Travellers’, a company that, using VR technology, painstakingly recreates for its clients a specific time in their history. Victor (Daniel Auteuil), a curmudgeonly cartoonist living in the grip of an existential crisis, avails of the service to relive a happier time in his life, specifically the night of May 16th, 1974 and the very bar in Lyon where he first met and fell in love with his wife Marianne (Fanny Ardant), with whom he has become estranged.

With a scenario redolent of the work of Charlie Kaufman, La Belle Époque is a high-concept, comedic look at enduring love and memory as it is transformed over the course of a lifetime, served brilliantly by the fascinating and poignant turns of French cinema icons.