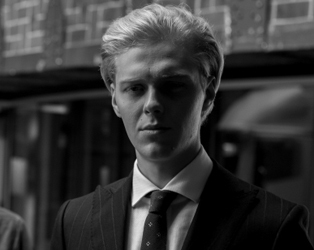 Director Urszula Antoniak’s work may be familiar to Irish audiences from her earlier film Nothing Personal (2009), in which a young woman retreats to Connemara.

In Beyond Words, Polish-born, Berlin-based lawyer Michael (Jakub Gierszał) has fully assimilated into German society; although he hasn’t fully disavowed his Polish heritage, it is something from which he keeps his distance. The sudden reappearance of the father he thought dead, a roaming musician with none of the trappings of success by which Michael defines himself, forces him to re-engage with his background.

Shot in luminous monochrome, Antoniak’s film is a richly layered exploration of the migrant experience, asking questions about identities inherited and forged that will resonate with both Polish and Irish audiences alike.