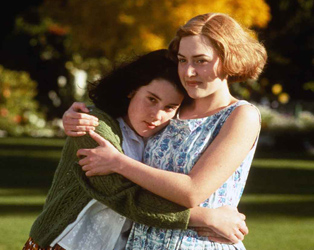 Something of an anomaly in a career that began with splatter comedy such as Bad Taste (1987) before moving on to Tolkien adaptations, Peter Jackson’s stylish and compelling Heavenly Creatures, based on real events, stars Kate Winslet and Melanie Lynskey in their screen debuts as Juliet Hulme (now better known as author Anne Perry) and Pauline Parker.

In 1950s New Zealand, the two teenagers, both outsiders, form an obsessive bond, creating their own elaborate fantasy world, over which they rule. Suspecting a sexual undercurrent to their relationship, Pauline’s mother Honora (Sarah Peirse) tries to keep the two apart, unleashing a desperation in the girls that leads to her murder.